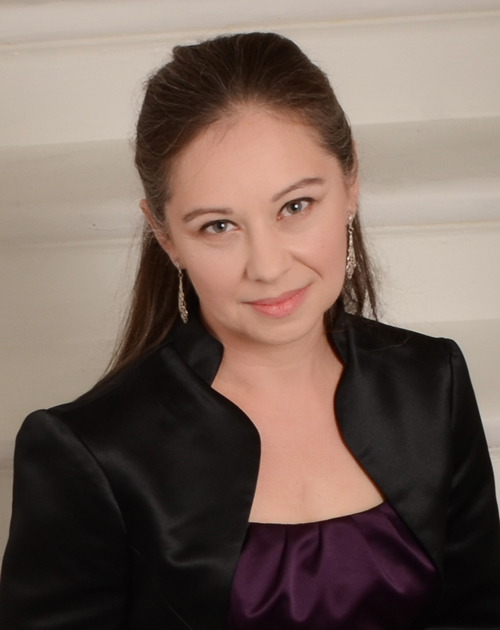 The Varenne Ensemble is a versatile group founded by Elaine Cocks to explore the extensive repertoire of chamber music written for the clarinet.

The group is made up from a number talented musicians around the U.K. Group sizes vary from duo to octet and their repertoire is expanding all the time.

As a trio Elaine Cocks, Robin Michael and Daniel Tong performed to great acclaim in 2014 and received the following accolades:

Elaine’s playing was described as “impressive and stylish”
“The sheer joy and enthusiasm in performance was somehow magically special”
“Elaine obtained an astonishing range of colours in all registers of the instrument, lovely warm tone and exemplary control”
The Times and The Sunday Times have described Elaine's interpretation of contemporary music as being “delivered with great élan”

"Daniel Tong's playing is both refined and sensitive."
"Daniel Tong's finely calibrated performance of Beethoven's Sonata in F sharp op. 78.....added depth and range to the programme."
"This is an accompanist who has much musicality to offer."

Beethoven's Piano Trio No.4 op 11 "...an engaging mixture of mellifluous balance and vivacity"

Tate Sonata for Clarinet and Cello "we were treated to a riveting sequence of phrases demonstrating just how glorious and varied the clarinet and cello can be in the right pair of hands. The Sarabanda was played with superb delicacy, and conveyed a ghostly quality that was maintained into the more complex finale."

Brahms Trio Op. 114 " The drama and variety of the Allegro was beautifully matched by the thoughtful calm of the Adagio."
"Their musicianship and cohesion was a privilege to experience live in this ensemble"

The Varenne Ensemble with Celia Frank

"It was a great pleasure to hear Elaine Cocks and Robin Michael perform my mother's Sonata for Clarinet and Cello. It is a wonderfully moody, lyrical yet witty work and they managed to capture all the nuances with enormous skill and sensitivity. It was a heartfelt performance and the audience responded enthusiastically . It was a memorable and truly special evening for me." Celia Frank - daughter of Phyllis Tate. 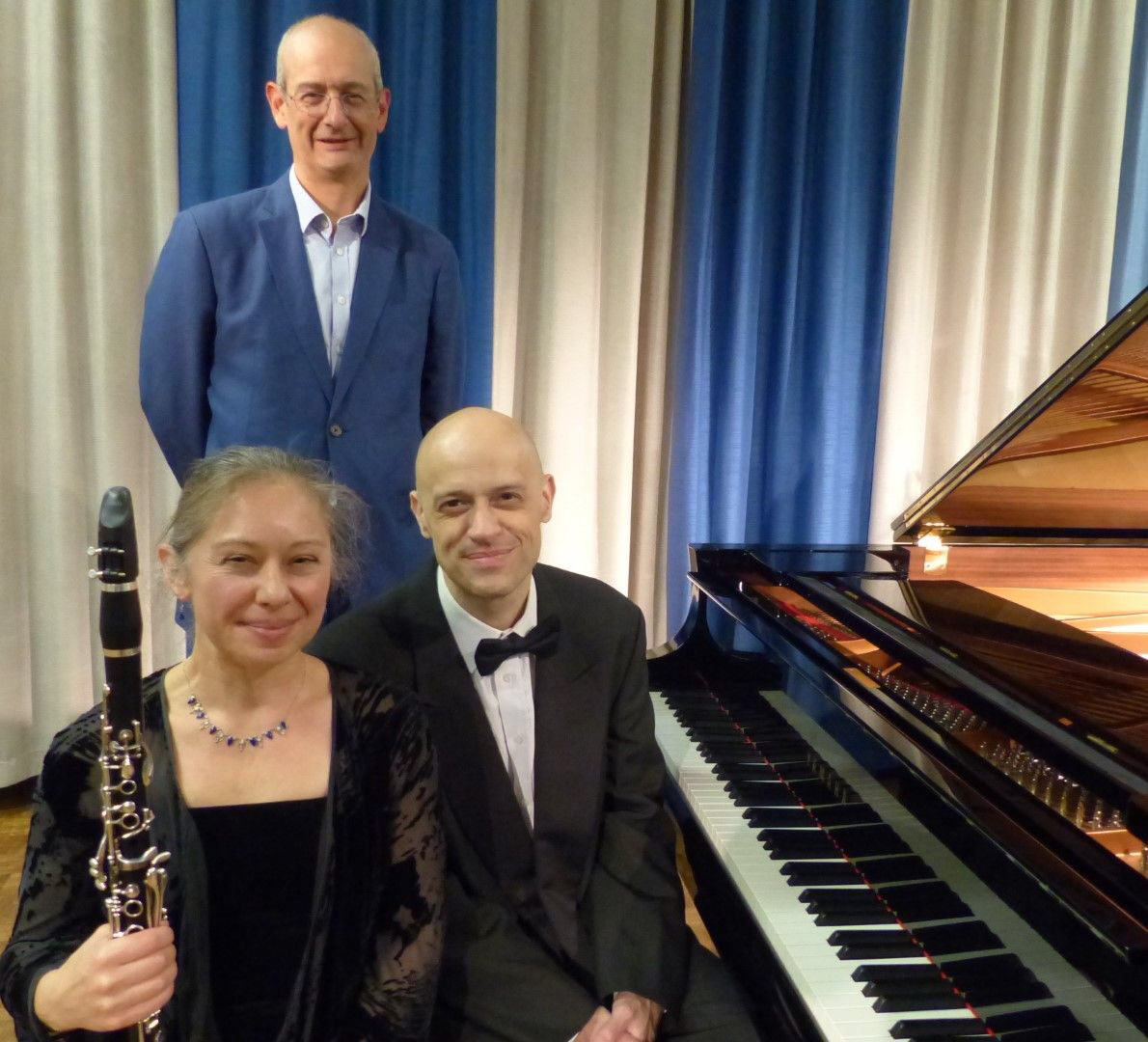 Two London based musicians gave a splendid performance for the first of NADSA concert’s 73rd series. Elaine Cocks, clarinet, displayed virtuosic dexterity which was superbly matched by the empathetic accompaniment of pianist Viv McLean. Elaine’s well constructed programme was an eclectic mix drawn from the Mozartian era to the 21st century, and included Indian Raga.

Devienne, a composer whose main instruments were flute and bassoon, like Mozart, realised the expressive potential of the, then newly invented, clarinet. The potential was well developed in the rendition we heard of Devienne’s first Sonata for Clarinet and Piano, with an excellent balance between the instruments in a spirited nimble Allegro. Having established the instruments' equality, the piano pulled back to let the clarinet take centre stage for a beautifully sensitive Adagio. The clarinet’s acrobatics were great fun in the Rhondo.

Reflecting differing moods, Francaix’s Tema con Variationi were written to be test pieces for the Paris Conservatoire. What a kaleidoscope of sound they turned out to be in the hands of Elaine and Viv! We moved from light frothy and playful to subdued and soft, then agile and fast to jaunty. And then we came to the pensive Adagio, where their notes just seemed magically to hang in the air. The following chirpy hesitant Valza was a good preparation for the contrasts of the impressive clarinet cadenza that preceded the speedy but delicate finale.

In Elaine’s introduction to the next piece, she mentioned that one of Viv’s piano teachers had worked with the pianist composer York Bowen. The first movement of Bowen's Clarinet Sonata threw us into lush romanticism; the second was lighter and playful with hints of Facade-Waltonesque, whilst the third gave Viv a dramatic piano opening later followed by moments of melodrama and poignancy before rounding to a dramatic finale.

Another personal nugget from Elaine was that she had worked with John Mayer the composer of the Raga Music for Solo Clarinet. She related the context for each of the nine movements of what is a fusion of Western musical techniques with Hindustani music. Her playing was spellbinding: moods changing from lively and busy to brooding tranquillity and languid with an edge. Mayer’s use of silence was skillfully transmitted to us by Elaine: no mean feat.

I find it interesting that Mayer composed this Raga Music’ in 1952, with such effective use of silence, and in the same year in America John Cage composed his controversial piece 4’33’’.

Poulenc’s music is usually unpredictable to the point of clownish, and his Clarinet Sonata is no exception. We had a lively attack from both instruments, the familiar melodic theme being boldly stated. The mood changed to subdued and mournful in the ‘tristamente’ section, probably a lament for the late composer Honegger to whom this sonata was dedicated. In the achingly moving Romanza the melody softly flowed and ebbed, then an anguished shriek and a tender close. The fiery attack of the third movement transformed, via fun interludes, into an over-the-top pastiche of romantic lushness before returning as a playful and affirmative finale.

The very appreciative audience was delighted to have an encore, and something special at that. We heard an arrangement of Barry Booth’s Blue Lullaby, a commission for a concert at the British Embassy in Japan in 1997. This lullaby, using the pentatonic scale, was not only a soothing, but also an interesting, way to end the concert.

It speaks volumes of their artistry that Elaine Cocks and Viv McLean breathed life into so many unfamiliar works and contrasting styles. One can be proud that Newton Abbot provided them with a good audience. 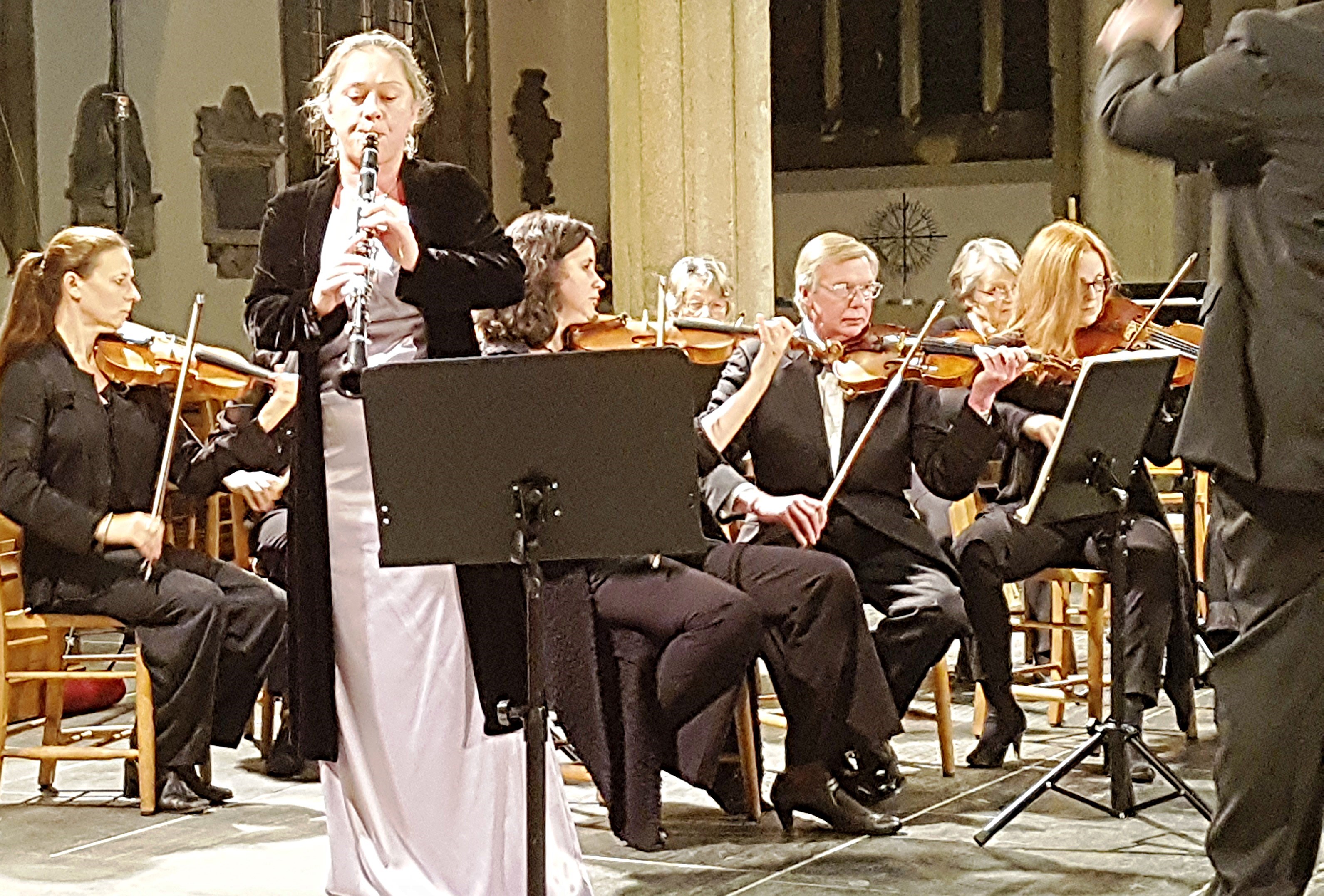 Ten Tors Orchestra has just had a makeover, only to rise again under the banner of Peninsula Arts Sinfonietta, although admittedly any outward signs seem more political, than musical.

The inaugural programme focused on the quintessentially English composer Gerald Finzi, who also had a passion for masters of the German and English Baroque, particularly Bach and William Boyce.

For Bach’s Brandenburg Concerto No 3, conductor Simon Ible made a wise decision to bring the strings as close to the nave as possible, allowing violins and violas to play standing, which added significantly to the immediacy and excitement of the performance, under Lindsay Braga’s assured leadership.

Peninsula Arts Sinfonietta continued with a sprightly and well-disciplined performance of Boyce’s charming Symphony No 4 in F, where the added wind contribution sang through nicely, yet were never overpowering.

Elaine Cocks proved an outstanding soloist in Finzi’s Clarinet Concerto. At once immensely powerful in tone, though never overdone – equally sensitive in quieter moments, where breath control was especially impressive – unbridled virtuosity despatched with great élan – this was a quite superb performance from all concerned.

Finzi’s Romance for String Orchestra followed on seamlessly, such was Simon’s heartfelt empathy with the music, which he so sensitively conveyed to his ever-responsive players, and which just left a stylish reading of Haydn’s Trauer Symphony to round off a most enjoyable evening, and start of a new musical era.

The Varenne Ensemble after their NADSA concert; with Celia Frank, daughter of Phyllis Tate [composer of one of the works]

The Varenne Ensemble's opening Allegro movement of Beethoven's Piano trio No. 4 was an engaging mixture of mellifluous balance and vivacity. In the Adagio we had a complete change of mood where the cello took the sentimental tuneful lead, the clarinet later echoing the phrases and the piano becoming their accompaniment. The theme and variations of the third movement began in sprightly fashion as no doubt befits a theme which was a 'popular song' of Beethoven's era. A contrasting reflective variation was followed by musical drama that subdued to a more conventional close. The Varenne treated us and Beethoven well!

Robin Michael and Dan Tong then played Brahms' Cello sonata No. 1 in E minor: not on our official programme, but fortunately in their recording repertoire. Opening the first movement, the deep and moving resonance of the cello gave me a tingle factor moment. Soon after, the piano became an intense accompaniment. The second movement's style took us back in time. The playing became light, and I wondered whether it was by chance or intention, [given Brahms' interest in music from Renaissance to Classical periods] that I should have been reminded of a hurdy-gurdy, since that instrument had been very fashionable in the 18th century. The third movement, being largely in fugue form, continued the retrogressive style, playfully at times, to a spirited coda.

Sonata for Clarinet and Cello by Phyllis Tate [1911 – 1987] followed the interval. Here we were in different territory. The slow opening movement of pensive melancholy leaves no hiding place for performers: we were treated to a riveting sequence of phrases demonstrating just how glorious and varied the Clarinet and Cello can be in the right pairs of hands. The Vivo started briskly, later becoming more pensive. However, Elaine Cocks and Robin Michael deftly kept us in mind of the tempo with which the movement begins, and also ends. The Sarabanda was played with superb delicacy, and conveyed a ghostly quality that was maintained into the more complex finale. The presence of Phyllis Tate's daughter [Celia Frank] at this performance gave it a very special sense of occasion.

Brahms' Trio for Clarinet, Cello and Piano in A minor returned us to a wonderful world of melody and instrumental interplay. The drama and variety of the Allegro was beautifully matched by the thoughtful calm of the Adagio. The grace of the Andante led us to the more assertive Allegro's conclusion.

Elaine Cocks, Robin Michael and Dan Tong had drawn a good and appreciative audience for this the second concert of the NADSA season. Their musicianship and cohesion was a privilege to experience live in this ensemble, and all the more impressive considering they have separate musical careers.